Christ in All. All is Well.

In 1582, Franz Agricola, an opponent of the Anabaptist movement, penned these words: “There is none which in appearance leads a more modest or pious life than the Anabaptist. As concerns their outward public life they are irreproachable. No lying, deception, swearing, strife, harsh language, no intemperate eating and drinking, no outward personal display, is found among them, but humility, patience, uprightness, neatness, honesty, temperance, straightforwardness in such measure that one would suppose that they had the Holy Spirit of God.”

Agricola’s description is a typical one for his day: both opponents and sympathizers agreed that the Anabaptists lived by a high moral standard. In contrast to most Europeans who claimed Christianity at the time, the Anabaptists took to heart the Bible’s call to holy living, and in contrast to Agricola’s belief, maybe they were able to consistently live upright lives because they did, in fact, have the Holy Spirit of God!

In the last post we pointed out four core principles of Mennonite teaching and practice, with a promise to look more closely at each one. The first principle, identified by Dr. Harold Bender in a talk in 1943, is perhaps the most foundational: “The essence of Christianity is discipleship.” For the first Anabaptists, and for many believers today, being a Christian does not mean just agreeing with a doctrinal statement or identifying with a specific group of people, but is a whole new way of life.

One of the great rally cries of the Protestant Reformation was “Sola Fide!” – “faith alone!” Frustrated with a church that had presented tradition and ritual as a means of salvation, the reformers emphasized the biblical idea that faith in Christ is the only way a person can be justified, or declared right before God. No amount of proper observance of rituals or even good works commanded by the Bible can set our record right before God – only Jesus Christ can! This doctrine, called justification by faith, is one of the most basic Christian teachings, and both the first Anabaptists and Mennonites today believe it.

Yet with their strong emphasis on justification by faith alone, the Protestant reformers soon faced another problem. Martin Luther and Ulrich Zwingli, early leaders of the Reformation, both lamented the fact that many of their followers lived wicked lifestyles, while claiming the protection of justification by faith before God. Having focused so much on the proper means of salvation, the reformers had neglected to instruct their disciples in what should come after.

Enter the Anabaptists.  As Dr. Bender stated in his talk, “The great word of the Anabaptists was not ‘faith’ as it was with the reformers, but ‘following’.” This quote echoes the words of a sixteenth-century Anabaptist, Hans Denck, “No one may truly know Christ except one who follows him in life.” The early Anabaptists taught that to be a Christian was to be a disciple, or follower, of Jesus Christ. This left believers no excuse for selfishness or hypocrisy in their conduct, but they were to make every effort to pattern their entire lives after the example of Jesus and the teachings of the Bible. The first Anabaptists challenged the established “Christian” society around them that those who had actually experienced justification by faith and had found new life in Christ would show their change of heart by their actions. The Anabaptists taught, and still teach today, that true believers can always be identified by their practice of holy living. This lifestyle requires both God’s divine power and full human effort.

Much of the modern Anabaptist movement continues to emphasize practical instruction on how to live according to the Bible’s standards. Some applications of the conservative Mennonite church today which may seem constricting or unnecessary to onlookers – regulations on dress and discouragement of TVs, for example – are the result of a sincere desire to encourage holiness among church members in their personal lives. Although Mennonites have at times become too focused on lifestyle at the expense of greater issues, their willingness to make practical, sometimes radical, applications of Jesus’ teachings is a distinctive strength of the Anabaptists. Christianity is all about discipleship, and Mennonites try to live every area of their lives as followers of Christ. 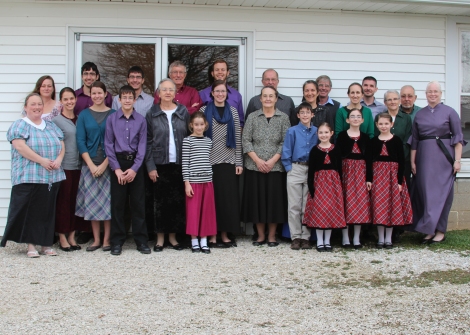 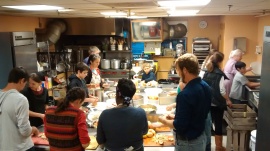 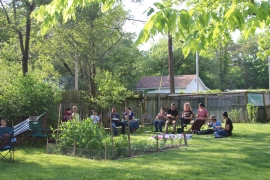 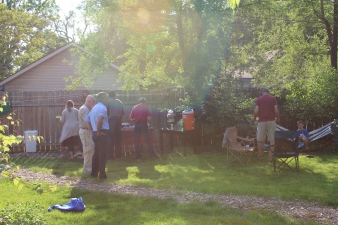 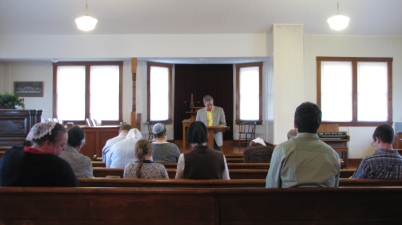 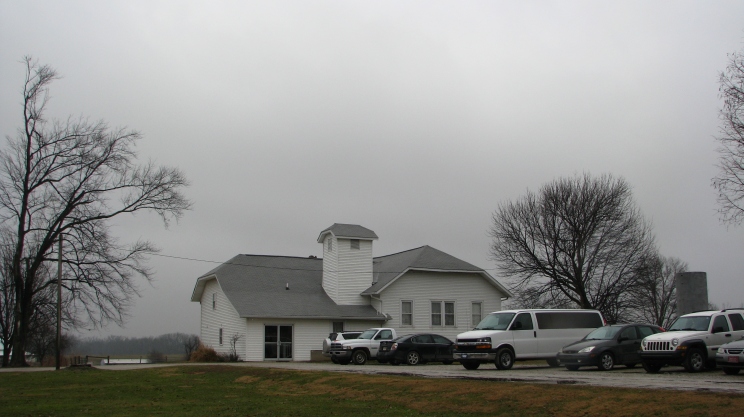